Research has found that consuming two glasses of apple juice a day could delay the onset of the brain disorder, which affects more than 400,000 people in the UK.

Scientists made the discovery through laboratory tests on mice, which showed that those fed apple juice performed better in maze trials.

Experts observed that the drink prevented the decline in the rodents’ performance in the tests, which they normally suffer as they get older.

The experiments found that apple juice stemmed the production of a small protein fragment called beta amyloid, commonly found in the brains of Alzheimer’s sufferers.

The effect was most pronounced when mice were given the equivalent of two glasses of apple juice per day for one month, researchers at the University of Massachusetts Lowell found.

“They suggest that regular consumption of apple juice can not only help to keep one’s mind functioning at its best, but may also be able to delay key aspects of Alzheimer’s disease and augment therapeutic approaches.”

The study is published in this month’s issue of the Journal of Alzheimer’s Disease.

More than 700,000 people in Britain suffer from dementia, an estimated 417,000 of whom have Alzheimer’s, the most common form. 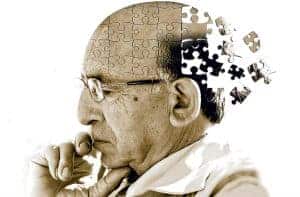