From the ‘Dispensary of the United States, 1907.

“Prunes are laxative and nutritious…imparting their laxative properties to boiling water, they serve as a pleasant and useful addition to purgative decoctions.
Their pulp is used in the preparation of laxative confections. Too largely taken they are apt to occasion flatulence, griping and indigestion.”

A little History of the Prune

The prune is actually a member of the Plum family and contains some very potent beneficial antioxidants. Prunes are one of the fruits with the highest content of a beneficial compound known as Malic Acid*.

As everyone knows, prunes are a laxative and their effectiveness has never been disputed. However, for all of its widespread use and worldwide recognition, scientists have never been able to identify what the active ingredient in prunes is.

Many have tried to identify it, such as three researchers in 1951 who believed they had isolated the active component. This claim was thrown out when later work failed to repeat the isolation of the compound.

Since 1931 scientists have been searching for a chemical in prunes which stimulates contraction of the intestinal wall, and increases fluid secretion. Again this compound has not conclusively been found and isolated. 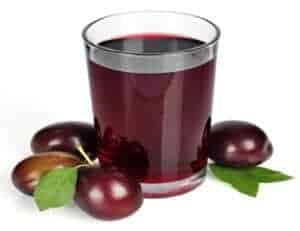 What is in Prunes and what does it do?

There are many theories as to what causes the laxative effect with prunes, but no conclusive answers. Some believe that it is the high levels of fibre. This is a reasonable assumption, but the juice from prunes contains no fibre and is still extremely laxative.

Dr. Masri stated ”the famous prune chemical works only when it is in the prunes.”

In spite of all this uncertainty no-one could ever claim that prunes are not effective as a laxative. They are in fact so effective, that they need to be taken with caution to avoid discomfort.

Prunes are not only valuable as a laxative though. They will protect the body against certain forms of cancer, specifically gastrointestinal and respiratory tract cancers. The American Cancer Society puts this down to the fibre and other nutrients in the whole fruit, which also protect against any cancers attributable to chemical exposure.

• As prunes are a strong Laxative as has been stated however it would be unwise to consume too many too quickly. Instead, build up slowly to a level which suits your particular constitution.
• As we all know the prune and its juice are an effective remedy for Constipation

• Research has shown that prunes are helpful in helping to protect our Cardiovascular System specifically helping to prevent Atherosclerosis.
• Prunes have been found to significantly lower the undesirable form of cholesterol – LDL Cholesterol

Prunes are very versatile and can be used for a variety of meals. They can be added to cereals at breakfast, mixed with other fruits, yoghurt and / or oats for breakfast or desserts, and are also useful in savoury dishes as an accompaniment to several meats. In addition to this the dried fruits make a tasty and convenient snack. 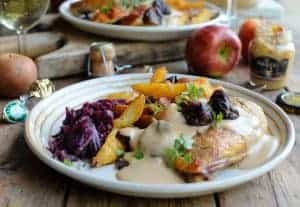 The suggestion is to purchase organic prunes (available in health stores and most supermarkets. If you are allergic to sulphile you should avoid dried prunes as they are sprayed with sulphile to preserve them.

• The main rich sources of Malic acid are found in fruits. Prunes have one of the highest content of naturally-occurring Malic acid. This beneficial natural substance is an important component for the body to create energy.
• Malic acid is an important nutrient to help reduce skin aging and improve skin appearance
• Malic acid can bind to and remove aluminium from the brain. In the brain is thought to be a cause and contributing factor with Alzheimer’s Disease
• Research has shown that Malic acid in combination with magnesium reduced the pain associated with Fibromyalgia

NOTE: All Rights Reserved, For Information Only, Not for Publication.